Ahead of the IAAF Diamond League meeting in Rabat, we showcase Africa and highlight a quintet of performers from the continent who have excelled on the elite one-day international circuit.

Blessing Okagbare at the 2013 IAAF Diamond League in London

No athlete has appeared in more IAAF Diamond League events than Blessing Okagbare. At the latest count, the Nigerian had made a staggering 69 competitive starts in the 100m, 200m and long jump and claimed some 47 scoring finishes since making her IAAF Diamond League debut in 2010.

Her most noteworthy achievement came during an electric 2013 campaign when in London she set not one but two African 100m records on the same day, backing up a 10.86 run in the heat with a blistering 10.79 performance in the final.

Sometimes it is the raw numbers rather than the words which best encapsulate the quality of the performance. So when Beatrice Chepkoech ran 8:44.32 to set a world 3000m steeplechase record in Monaco last year, she had made a staggering 15-second advance on her PB and wiped a mind-boggling eight seconds from the existing world record.

Only a wrong turn at the water jump at the IAAF World Championships London 2017 denied the Kenyan a probable medal in the British capital but few would have predicted the Beamonesque savaging Chepkoech would make of the world record mark.

The South African sprint marvel’s two finest two 400m performances were delivered on the global championship stage; when winning the 2015 world title in Beijing in 43.48 and when pocketing Olympic gold in Rio courtesy of that mind-blowing world record time of 43.03.

The owner of three of the six fastest 5000m marks in history and all achieved at IAAF Diamond League events sums up the Ethiopian’s significant imprint on the premier elite one-day circuit.

The former steeplechaser first emerged as a star of the future by running a sensational 14:14.32 in Shanghai in 2015 – a performance which elevated her at the time to third on the world all-time 5000m list.

The following year she blitzed to a 14:16.31 clocking in Rabat and 11 days later recorded a PB of 14:12.59 in Rome to climb to second place on the world all-time list, 1.44 seconds behind her compatriot Tirunesh Dibaba.

The world and Olympic steeplechase champion has owned the event in recent times and his IAAF Diamond League record is particularly convincing.

Across the course of his glittering career, the 24-year-old has registered no fewer than 15 steeplechase wins on the IAAF Diamond League circuit and snagged four overall titles in 2013, 2016, 2017 and 2018.

Yet perhaps his most impressive victory to date came in the 2018 IAAF Diamond League final in Zurich when he shrugged off the inconvenience of running for much of the race with one shoe to pip Morocco’s Soufiane El Bakkali and clinch victory.

BACK
Pages related to this articleAthletes
Blessing OKAGBARE 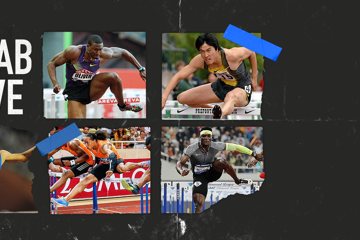 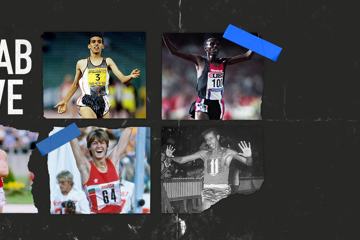