In a special episode of the World Athletics podcast, guest host Joanna Hayes is joined by fellow hurdles greats Gail Devers, Sally Pearson and Derval O'Rourke as they discuss the impact of athletics, memorable Olympic Games moments and more.

“This is a sport that opened doors for us,” says Devers, who won two Olympic 100m titles for the USA as well as numerous world gold medals in the hurdles, sprints and relay. “When somebody opens a door for you, you’re supposed to put your foot in it to bring somebody else along with you and World Athletics has allowed for us to do that from every level.

“Like being in Doha and, you know, putting on little clinics for the kids. Starting them off, I was so excited about the little hurdles that they had out there. I was like: ‘Oh no, these are cute. I need these back in the States’. But it’s giving back, it truly is. They allow for us to give back.

It’s that attitude which O'Rourke hopes is instilled in her own daughter, too.

“It’s really interesting being a mum to a girl because I feel so strongly about women having their place in the world. Being heard, being seen,” explains Ireland’s 2006 world indoor 60m hurdles champion. “I am always saying to her: ‘If you have something to say, stand up and say it. Let your voice be heard.’

“It’s funny because she has no idea about me really as an athlete. People say to her randomly in Ireland: ‘Oh, your mummy was fast’. She’ll just look at them really seriously and she’ll say: ‘I’m faster’. But she really believes it and I just run with it. I’m like: ‘Okay, you’ve got me’.

“I feel like track and field, for me, gave me this area that just opened up the world to me as a woman. It just gave me all these opportunities. I feel like for her, it’s really important to me that sports is of some part of her life in whatever way, shape or form to make her feel good about herself.”

Having self-belief was also a big part of Pearson’s Olympic journey.

“The first part of my 2008 silver medal was even before I got to the Olympics,” says Australia's two-time world and 2012 Olympic 100m hurdles champion.

“I remember emailing my auntie who lives in England, because obviously we all need somewhere to stay when we go to Europe to do the circuit. She said to me: ‘You can only stay here if you win an Olympic medal’. I was like: ‘Oh, okay’.

"Obviously [she was] being sarcastic. But as soon as she said that it was like, ‘huh…’. Something just lit a fire in me and I was like ‘okay, I’m gonna do that’. And it was almost like what Derval was saying about her World Indoors. It was like it was guaranteed in my head: ‘I am going to do that, I know I can do that’.”

Download the full podcast for free via iTunes or Spotify.

All past episodes, including links to the podcast on a range of streaming platforms, can be found on Audioboom.

BACK
Pages related to this articleAthletes
Gail Devers 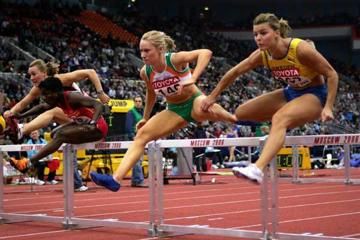 Tears of frustration turn to gold for O’Rourk... 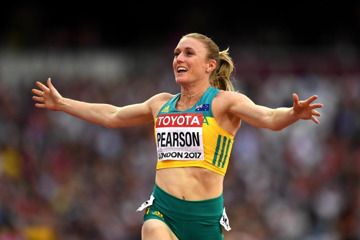 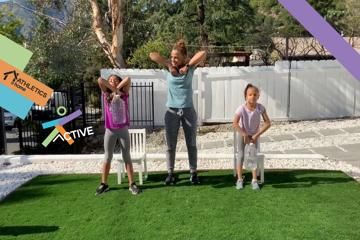