Updated on 3 March to reflect changes in the field.

Organisers of the Boston Marathon have announced the elite field for the 118th edition of the IAAF Gold Label Road Race on 21 April.

Reigning champions Lelisa Desisa and Rita Jeptoo will return to defend their titles, but will be challenged by Boston’s fastest ever field, comprising 46 athletes from 12 countries.

Seven men in the field have run faster than 2:05:30, including Desisa, who took the silver medal in the marathon at the 2013 IAAF World Championships.

Dennis Kimetto may be Desisa’s strongest challenger. The 29-year-old Kenyan holds the 25km world record and has a marathon best of 2:03:45 from his 2013 Chicago victory when he broke the course record.

Ethiopians Gebre Gebremariam and Markos Geneti have also run sub-2:05 and have experience on the course. Gebremariam has finished third at Boston twice and won in New York City in 2010. Geneti won in Los Angeles and last year finished sixth in Boston.

Micah Kogo, last year’s runner up and former 10km world-record-holder, returns for redemption after missing the 2013 crown by five seconds.

Other strong challengers will be three-time Amsterdam winner and Rotterdam champion Wilson Chebet and young talent Tilahun Regassa, who has also won Rotterdam.

They are joined by Frankline Chepkwony, who is a past champion in Seoul and Zurich, world junior record-holder Eric Ndiema, and Hamburg course record-holder Shami Dawud.

USA’s 2004 Olympic silver medallist Meb Keflezighi, US half-marathon record-holder Ryan Hall and four-time Olympian Abdi Abdirahman will work together with Jason Hartmann, Brett Gotcher, Nick Arciniaga and Jeffrey Eggleston to bring back a title for the US.

Joining them to round out the deep men’s field are April Lusapho, third-place finisher in New York City last year, and Adil Anani, who has won in Casablanca and Beppu-Oita.

Moses Mosop, the 2011 Chicago Marathon winner, was due to compete but was recently forced to withdraw because of a knee injury. Similarly, three-time US Olympian Dathan Ritzenhein has been sidelined by a groin injury and will not compete.

On the women’s side, the historic win will be difficult to secure with nine women owning personal best times faster than 2:23.

After winning Boston for the second time, Jeptoo went on to win in Chicago in 2:19:57 and was the only woman in the world last year to break 2:20.

World half marathon champion Hailu beat 2012 Boston champion Cherop by three seconds to secure second place in Boston last year, having set a course record of 2:21:09 in Amsterdam in 2012.

Cherop returns for her fourth Boston Marathon with an improved personal best of 2:22:38, earned with her runner-up finish in Berlin 2013.

Three-time Olympian Flanagan was in the hunt until the final stretch and finished only seven seconds outside of a podium spot.

Challenging these women will be 2011 Boston Marathon champion Caroline Kilel and 2011 runner-up Desiree Davila-Linden. Both women are back in top form with Kilel setting a PB of 2:22:34 in Frankfurt and Davila-Linden determined to beat her time of 2:22:38, the fastest performance ever by a US woman in Boston.

Ready to mix things up are Mare Dibaba, who has a personal best of 2:19:52 and recently won in Xiamen; Jemima Sumgong, who was runner up in Chicago last year and in Boston in 2012; Eunice Kirwa, who has a 2:21:41 best, and Seoul champion Flomena Chepchichir.

Also joining the field are Yeshi Esayias, who has won or placed runner-up in nine marathons; Rotterdam champion Philes Ongori, and world 10,000m bronze medallist Belaynesh Oljira, who is making her transition to the roads.

“The essence of the Boston Marathon has been competition, and the elite athletes bring together a group of competitors who are driven to win,” said Tom Grilk, BAA executive director. “In addition to running some of the fastest marathons ever, they represent a group of proven winners who have seized victory across the World Marathon Majors and other leading events, as well as capturing Olympic and World Championship medals. They offer every promise of enriching yet further the competitive lore of Boston.” 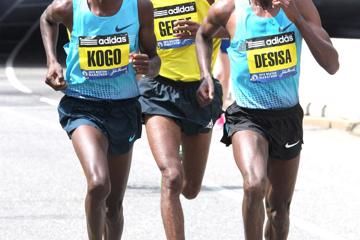 Desisa and Jeptoo will defend their Boston Ma... 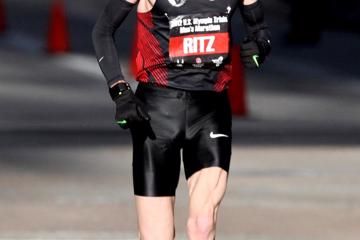