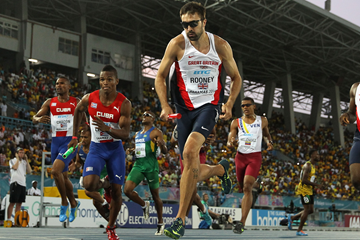 British Athletics today named men’s and women’s teams for both the 4x100m and 4x400m to compete at the IAAF/BTC World Relays, Bahamas 2015 on 2-3 May.

Many of the athletes who won relay gold medals at last year’s European Championships feature on the team, including world indoor 60m champion Richard Kilty. Also on the 4x100m team are James Ellington and Danny Talbot, who both won European 4x100m gold and were part of Britain’s third-placed team at last year’s World Relays.

“We are looking to build on our relay success from 2014 and this competition will once again provide a vital opportunity to prepare teams for the 2015 World Championships and beyond,” said British Athletics performance director Neil Black. “It is also a gateway to qualify for Rio 2016.

“It will also give us a chance to look at the depth of the squads as a number of athletes have not been available for selection. I’m looking forward to see how some of the athletes take this opportunity on the world stage. I’m sure the team will rise to the occasion in the wonderful Caribbean setting of The Bahamas.”