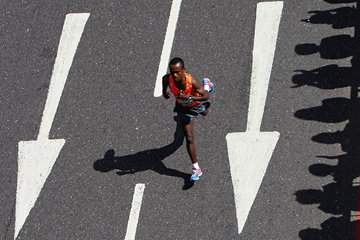 Ethiopia’s Tsegaye Kebede will compete for the first time at the Standard Chartered Dubai Marathon on 22 January, organisers for the IAAF Gold Label Road Race announced on Thursday (17).

Kebede won the London Marathon in both 2010 and 2013 and he has also won the Chicago, Paris and Fukuoka marathons.

As well as big city marathon wins in the USA, Japan, Great Britain and France, he took the bronze medal at the Beijing 2008 Olympic Games and finished third at the World Championships the following year.

“Tsegaye Kebede has been one of the most prominent and consistent marathon runners over the past few years so we are delighted he has chosen to run in the Standard Chartered Dubai Marathon in Olympic year,” said event director Peter Connerton.

“As well as two wins in London, he has two top-three places in New York to his name so he could prove to be a real threat to the Dubai course record next month.

“The demand from athletes to get a fast time under the belts early in the year means we are seeing a huge amount of interest in running in Dubai on January 22 and we are currently finalising our elite line-ups in both the men and the women’s event," he added.

As well as the traditional marathon distance, athletes will also be able to compete in Dubai in the popular 10km event or the 4km Fun Run.