Blazing sprint times from Dukes and Atkins at Florida Relays

Less than a month has passed since the conclusion of the indoor season, but already the outdoor season is in full swing in the USA.

On Friday (4), the second day of action at the Florida Relays in Gainesville, sprinters Dedric Dukes and Joanna Atkins provided the highlights with a clutch of world-leading performances.

Competing in his first individual race since placing second at the NCAA Indoor Championships, Dukes smashed his 200m PB by almost half a second to win in 19.97, running into a -0.6m/s headwind. It also rewrote the Florida Relays record of 20.27 set 15 years ago by John Capel.

In second, Aaron Brown came within 0.02 of the Canadian record with a lifetime best of 20.19.

Dukes had earlier won his 100m heat in 10.27, another PB despite a stiff -1.8m/s headwind. Other 100m heat winners included world 400m silver medallist Tony McQuay, who ran a wind-aided 10.13, British Olympian James Ellington, who clocked a PB of 10.16, and Trayvon Bromell, who also clocked 10.16, some 0.15 shy of the equal world junior record he clocked last week.

Dukes wasn’t the only double sprint winner. World indoor 400m finalist Joanna Atkins obliterated her PBs in the 100m and 200m, posting the fastest times of the day in the women’s sprints.

First up was the 100m, in which Atkins blew away the opposition to win in 11.09 (1.2m/s), equalling the track record set 16 years ago by Debbie Ferguson-McKenzie. Britain’s Desiree Henry, the 2011 world youth champion, also sped to a lifetime best in second place, clocking 11.23.

Little more than two hours later, Atkins was back on track for the 200m. And this time her winning margin was even bigger.

She stopped the clock in 22.27 (1.3m/s), smashing Chandra Cheeseborough’s track record that had stood since 1983, six years before Atkins was born. As was the case in the 100m, another British former world youth champion, Jodie Williams, finished second. Williams – who had earlier clocked 11.30 in the 100m – recorded 22.91, her second-fastest time to date for the distance.

Taylor impresses over one lap

Olympic triple jump champion Christian Taylor’s background in the 400m is fairly common knowledge, but the 2011 world champion hasn’t raced over one lap of the track for three years.

He showed no signs of rustiness, though, winning his heat in 45.37 – just 0.03 shy of the PB he set as a junior in 2009 – and beating world finalist Anderson Henriques in the process.

Competing in a separate heat, 2011 world youth champion Arman Hall posted the fastest time of the day with 45.19, his fastest ever season opener. Three hours later, he sped to a 200m PB of 20.46 when finishing third behind Dukes.

Elsewhere, Jamaica’s Roxroy Cato smashed his PB in the 400m hurdles to post a world-leading 48.67. 2009 world champion Ryan Brathwaite was fastest in the men’s sprint hurdles with a wind-assisted 13.45 (2.8m/s), while Bridgette Owens benefitted from a near-perfect 1.9m/s tailwind in the women’s sprint hurdles, clocking 12.90.

The Florida Relays conclude on Saturday (5) as the relay events take centre stage.

BACK
Pages related to this articleAthletes
Joanna Atkins 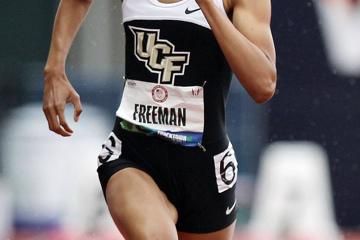 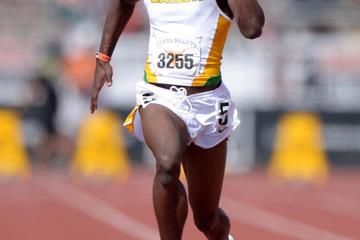