Vetter beyond 90 metres again in Chorzow

The 27-year-old German headed to the Polish city off the back of four consecutive victories, including a 91.49m world lead at the Continental Tour Gold meeting in Turku. He opened his series today at the Silesian Stadium with 86.81m, a mark which would have ultimately been enough to win, but he improved in the second round to a stadium record of 90.86m.

Vetter followed it with 86.40m in round three and 90.00m in round four. It wasn’t until the fifth round that one of his competitors joined him beyond 80 metres as 2013 world champion Vitezslav Vesely launched his spear out to 82.94m. Poland’s Marcin Krukowski then improved to 82.17m in the final round to move into third place. But Vetter could not be caught and he ended his series with 89.00m.

Like Vetter in the javelin, Britain’s Jemma Reekie maintained her winning streak in the 800m.

Two days after winning at the Wanda Diamond League meeting in Stockholm, the double European U23 champion was paced through the first lap in 58.80 before she once again ran away from the rest of the field in the final 200 metres to win in 1:58.63.

Her time is the fastest outdoor performance in the world this year, while the outright world lead remains Reekie’s indoor clocking of 1:57.91.

Olympic silver medallist Orlando Ortega comfortably won the 110m hurdles, equalling the meeting record of 13.25 (1.0m/s). France’s 2017 world U18 silver medallist Cyrena Samba-Mayela impressed in the 100m hurdles to win in a PB of 12.87, the second-fastest time ever by a European teenager.

European champion Wojciech Nowicki delighted the 5000 Polish spectators – a smaller crowd than usual to keep in line with current guidelines – by winning the men’s hammer with a season’s best of 80.09m.

Up against domestic rival and four-time world champion Pawel Fajdek, Nowicki led from the outset after opening with 76.81m and improving to 78.65m. Fajdek was close behind in both rounds, throwing 76.37m and 78.05m, but Nowicki extended his advantage in the third round, sending his hammer out to 80.09m.

Earlier in that round, Hungary’s world bronze medallist Bence Halasz crept into second place between the two Poles, throwing 78.18m. None of the top three improved in the final three rounds, meaning Nowicki maintained pole position.

In an all-Polish women’s hammer, 2017 world bronze medallist Malwina Kopron came out on top with a second-round throw of 73.43m. Katarzyna Furmanek continued her current good form with 71.37m for the runner-up spot.

European champion Michal Haratyk secured a third Polish throws victory, but he was pushed all the way by World Indoor Tour winner Filip Mihaljevic of Croatia.

Haratyk started strongly, opening with 21.37m and 21.33m. Mihaljevic came close to Haratyk’s lead in round three with 21.36m but then improved to 21.44m in round four and 21.59m in round five. Just moments later, Haratyk grabbed the lead back with a season’s best of 21.88m.

Mihaljevic spun out of the circle in the final round and crashed to the ground with what appeared to be a groin injury. With the competition already won, Haratyk ended his series with 21.10m.

Kendricks back on top

US pole vaulter Sam Kendricks has had mixed fortunes on the European circuit so far this month.

The two-time world champion was unable to compete at the Wanda Diamond League meeting in Monaco after his poles failed to arrive on time. He then headed to Leverkusen and Bydgoszcz, winning both times with 5.81m and 5.80m respectively, but appeared to struggle in Stockholm at the weekend, bowing out with a best of 5.53m.

With conditions more conducive to bigger vaults in Chorzow than they were in the Swedish capital two days ago, Kendricks returned to the higher heights. A first-time clearance at 5.77m secured victory for Kendricks and he then sailed over 5.82m, also on his first try. He ended his competition with three unsuccessful attempts at a would-be meeting record of 5.92m.

World bronze medallist Ferguson Cheruiyot also came on strong in the latter stages, overtaking early leader Wesley Vazquez and holding off Polish duo Marcin Lewandowski and Adam Kszczot to win the 800m in 1:45.34. Vazquez held on to second place in 1:45.54. 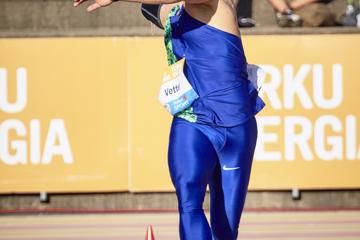 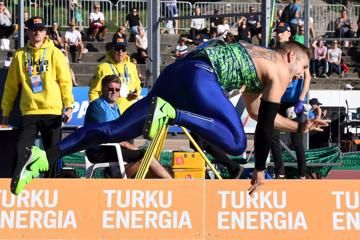