100 ones to watch in Tokyo: long throws

100 ones to watch in Tokyo - hammer and javelin throwers

Every 10 days we’re profiling 10 new athletes, each time focusing on a different area of the sport. So far we have looked at the sprints, middle-distance, long distance, hurdles and steeplechase, vertical jumps, horizontal jumps and short throws.

Now it’s the turn of the hammer and javelin. 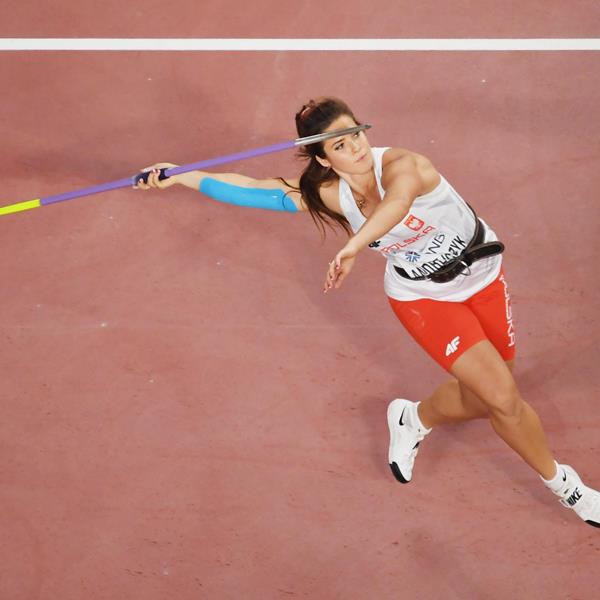 With her 71.40m national record at the European Throwing Cup in Split in May, Poland’s Andrejczyk became just the third woman in history to launch the current specification javelin beyond 71 metres. That improved on her previous PB of 67.11m she set at the age of 20 during qualifying at the Rio Olympic Games, where she went on to finish fourth in the final.

Andrejczyk then went through serious shoulder surgery, plus elbow and achilles issues as well as a cancer scare, but driven by a desire to fulfil her Olympic dream, she never thought about giving up on the sport. Starting the season with that mammoth world-leading mark, everything is coming together as she looks to build on her Rio performance in Tokyo. 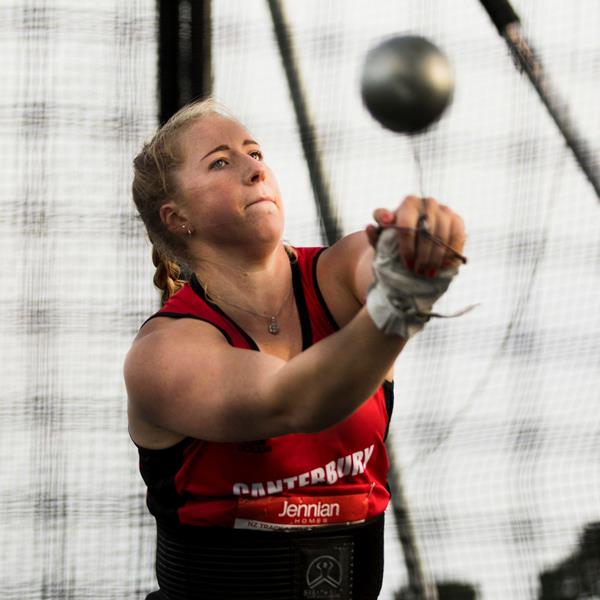 Last September Bruce broke the Oceania hammer record with 73.47m, adding more than five metres to her previous best set earlier that year. Despite never having thrown beyond 70 metres until that point, that performance set the standard for the 24-year-old, who went beyond the barrier at three more competitions in 2020 and has surpassed the mark in each of her 10 events so far this year. Her best now is the 74.61m she threw in May to improve her Oceania record.

Hailing from the small port city of Timaru as 2017 world shot put champion Tom Walsh, both were guided by Ian Baird earlier on in their careers and are now coached by Dale Stevenson, with women’s shot put star Valerie Adams also now part of that training group. Bruce will now be looking to follow in their footsteps when it comes to global success and continue her consistency to make an impact at the Olympics. 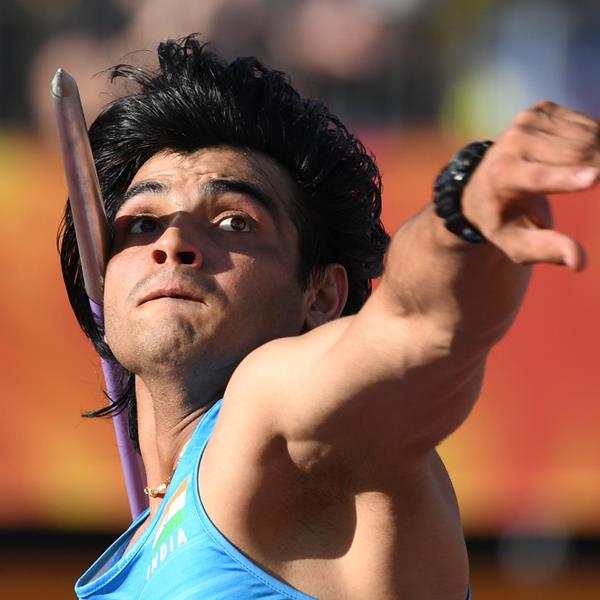 Five years ago Chopra had a breakthrough performance to win the world U20 title, setting a world U20 record of 86.48m at the age of 18. That came too late for him to qualify for the Olympic Games in Rio but he will now head to Tokyo looking to make history for his nation. Only one athlete – Norman Pritchard – has ever won Olympic athletics medals for India, back in 1900, and Chopra will aim to emulate that, with an eye on becoming the nation’s first ever gold medallist.

The 2018 Commonwealth and Asian Games champion missed 2019 due to injury but threw 87.86m during his one competition in 2020 and then improved his own Indian record to 88.07m earlier this year. “I hope to continue competing for my country,” he said in 2018, “and making my country proud.” 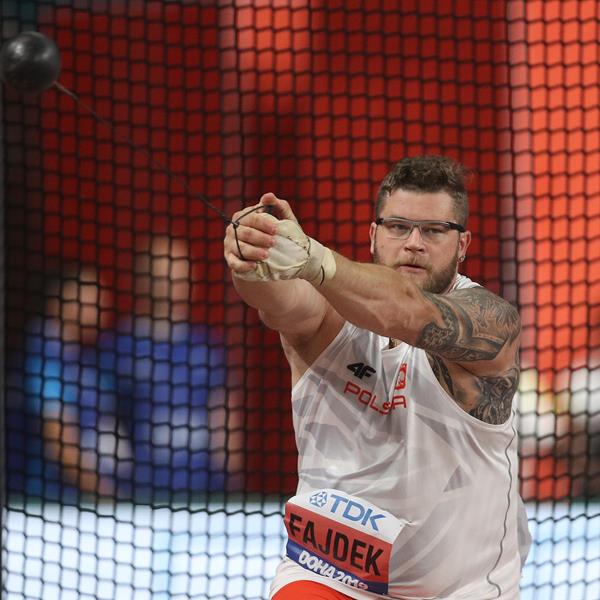 Despite his four consecutive world title wins, an Olympic medal has so far eluded the Polish hammer great and that is something Fajdek will be looking to address come Tokyo. In fact, the 32-year-old has not so far made an Olympic final, as he was unable to record a mark in qualifying at the 2012 Games and then did not throw far enough to advance in Rio four years later. His performances and consistency this year, however, indicate that will not likely be the case in Tokyo.

Fajdek has thrown beyond 82 metres at four competitions so far this season, with his best the world-leading 82.98m he achieved at the end of May. As he edges closer to his PB of 83.93m which sees him sit 10th on the world all-time list, Fajdek will be looking for another global gold to add to his collection. 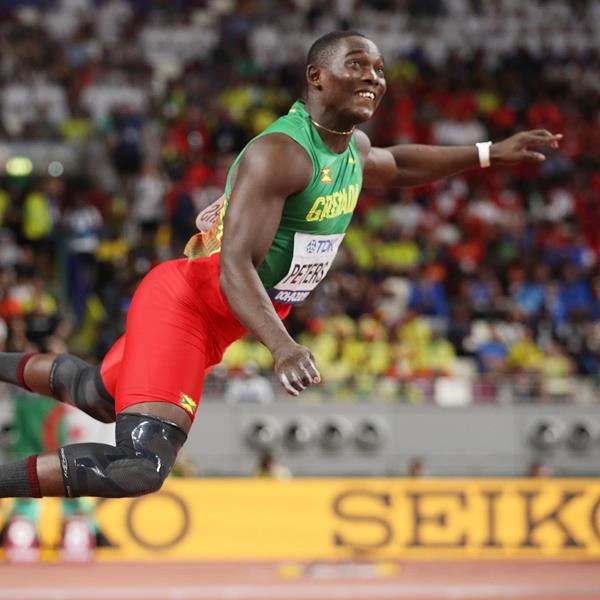 Peters has come a long way since discovering his talent for throwing when hurling rocks to get mangoes and apples from the trees while growing up on the Caribbean island of Grenada. After claiming multiple Carifta Games titles, the then 18-year-old won world U20 bronze in Bydgoszcz before securing two NCAA titles in 2018 and 2019. He also claimed Commonwealth bronze in 2018 before Pan American Games gold and his world title in Doha the following year, becoming his nation’s second world champion after 400m star Kirani James. In fact, Peters himself had ambitions of becoming a sprinter when he started out in the sport.

But his decision to stick with throwing has paid off and he recorded his national record of 87.31m in 2019, starting this year with 82.51m and improving to 83.46m at the recent Kuortane Games, going beyond 80 metres in eight of his nine competitions so far this season, as he seeks further global success in Tokyo. 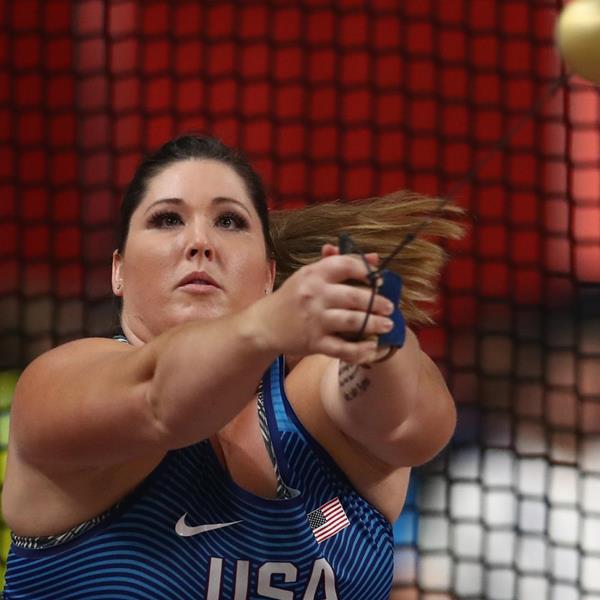 Given the strength in depth in the event, it seemed just a matter of time until a US hammer thrower joined world record-holder Anita Wlodarczyk in becoming an 80-metre-plus thrower and it was Price who achieved it at the recent US Olympic Trials, launching the implement 80.31m.

Having started out in team sports, Price decided to focus on throwing when it was announced that softball would no longer be on the Olympic programme. In 2015 she broke 70 metres for the first time, won her first NCAA title and made the World Athletics Championships in Beijing. Four years later in Doha, she became world champion. “I remember sitting next to Anita (Wlodarczyk) at the World Championships in Beijing and thinking, 'I'm sitting next to someone who throws 80 metres',” she said in 2020. “I even remember reaching over and touching her leg. She kind of looked at me like I was a crazy person, but I just had to because I never thought this opportunity and chance would come.” 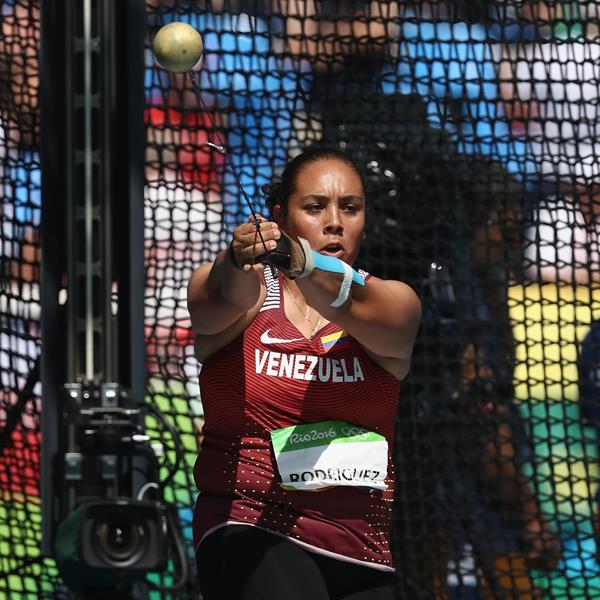 Since making her first global championships final back in 2001, when she finished 12th in the shot put at the World U18 Championships in Debrecen, Rodriguez has gone on to become Venezuela’s national hammer record-holder, with her best of 73.64m set in 2013. She came close to that mark with 73.60m earlier this year to qualify for her third Olympic Games, backing it up with five other competitions in which she went over 70 metres.

The 34-year-old is a two-time Ibero-American Championships winner and won Pan American Games gold in 2015. She did not make the final at the 2012 Olympics in London but went on to place 10th in Rio four years later and will be hoping for further progression when she competes in Tokyo. 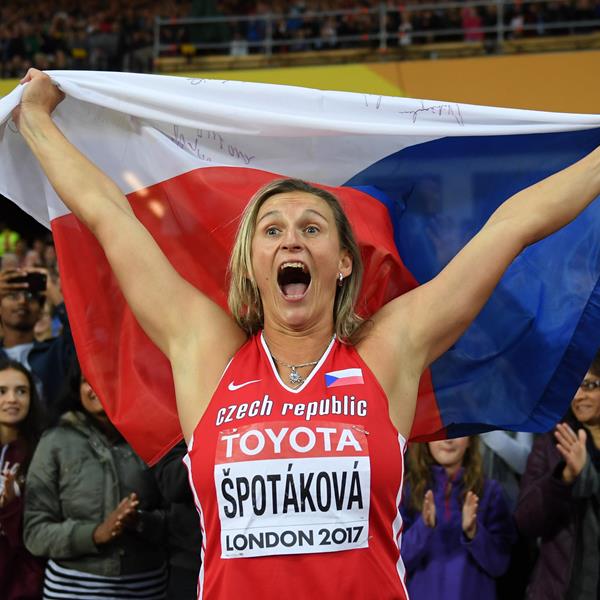 The Czech javelin great has already achieved numerous records and history-making moments during her highly successful career, but having turned 40 years old this week (30), she could set yet another major mark if she throws beyond 61.96m – the best throw ever achieved by someone over the age of 40. Spotakova’s season’s best is 61.38m, while she threw 65.19m last year. 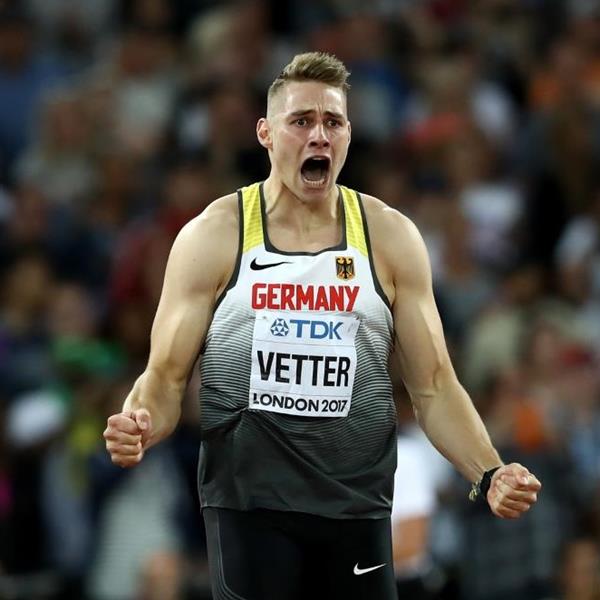 Germany’s 2017 world champion is the dominant force in men’s javelin throwing, consistently surpassing 90 metres and having achieved a monster throw of 97.76m in 2020, just 72cm shy of Jan Zelezny's world record set in 1996, three years after Vetter was born. This year Vetter picked up from where he left off, with 96.29m recorded at the European Athletics Team Championships Super League at the end of May, and despite taking a few weeks out having experienced some discomfort in his adductor at that event, the 28-year-old returned with 93.59m to win at the Kuortane Games on 26 June.

Having finished fourth on his Olympic debut in Rio, he is certainly in shape to launch himself to the top of the podium in Tokyo. 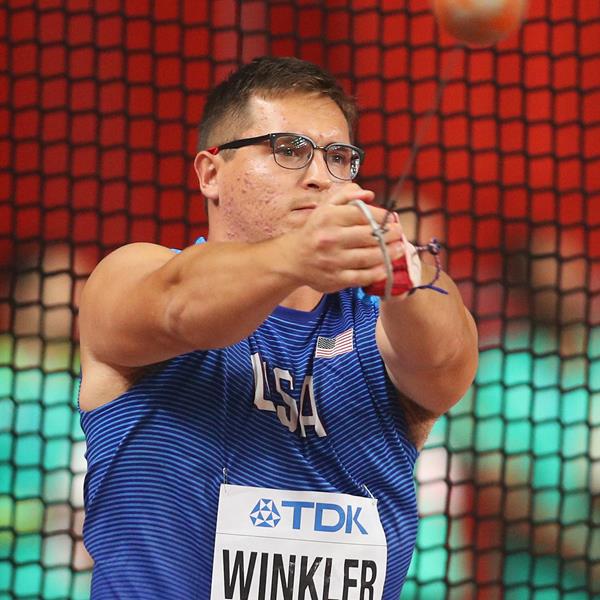 Winkler is leading the way in US men’s hammer throwing and like his compatriot DeAnna Price, is helping to shine a spotlight on the discipline. Most recently, that happened at the US Olympic Trials, where he too broke a North American record by improving Lance Deal’s almost 25-year-old mark with 82.71m. Deal was there to congratulate him.

Winkler's first global competition was the World Athletics U18 Championships in Lille in 2011 and he also made the final at the World U20 Championships in Barcelona the following year. In 2016 he made his Olympic debut, in 2017 he won the NCAA title and then in 2020 the part-time cyber-security analyst really made a statement by throwing beyond 80 metres for the first time. In 2021 he has surpassed that barrier in three competitions and will be looking to take that form to Tokyo and become the first US men’s hammer medallist since Deal in 1996.