World and Olympic high jump champion Derek Drouin has proved a formidable championship performer in recent times. The Canadian, however, talks about the difficulties he faced after taking bronze medals at the 2012 Olympic Games and 2013 World Championships.

Overcoming the need to prove himself to others

“I felt a need to prove myself and back up what I achieved when winning bronze (with a national record of 2.38m) at the 2013 World Championships. I felt I needed to go into every competition proving it was not a fluke, and for a little while my performances struggled because of that. I was putting way too much pressure on myself and it contributed to the biggest slump of my career. I started the 2014 season really well (he posted a lifetime best of 2.40m in Des Moines) before I then plateaued and later started to struggle.

“Then my 2015 season also started pretty slowly. I went maybe six weeks to two months of the season when I could no longer clear 2.30m – a height which had been routine for me in the past. I was placing fifth and sixth in Diamond League meets and I was not feeling confident. It was definitely a struggle.

“I did not feel any external pressure. It was just that I was expecting big things of myself. It was funny; during the competitions I was telling myself to forget what had happened in the past and that each competition I started with a clean slate, but I was not really listening. I definitely believe the way I was approaching competitions was putting a strain on performance.

“Yet over time I convinced myself that I didn’t have to prove anything to anybody. I was in the sport of athletics because I loved it and enjoyed it. Over time I changed my attitude and the turning point came at the 2015 Canadian Championships in Edmonton.

“Only two athletes achieved the World Championships qualification standard that day and I remember I went into the competition feeling little pressure and with a relaxed frame of mind. I jumped quite well, achieving a season’s best of 2.34m and that triggered something in me for the rest of that season. From that point on, I approached all of my competitions with a more relaxed approach and I continued to improve. Suddenly, about a month after I felt at my lowest and utterly deflated, I arrived at the World Championships (in Beijing) feeling super-confident.”

Drouin went on to win the world title in Beijing courtesy of a 2.34m leap and last year he was crowned Olympic champion in Rio. 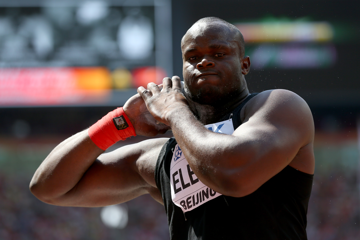 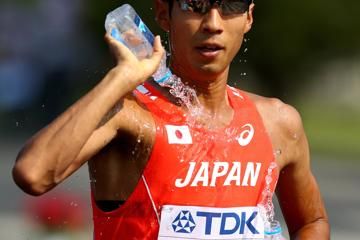 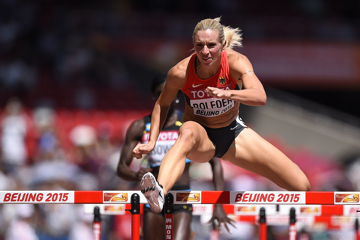