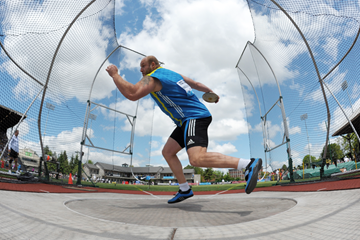 The two farthest discus throwers of the past 15 years will head to Eugene on 30 May for the Prefontaine Classic, the third leg of the 2015 IAAF Diamond League series.

Between them, Estonia’s Gerd Kanter and Poland’s Piotr Malachowski have won four of the five Diamond Race titles since the IAAF Diamond League began in 2010.

Kanter owns three of the top five throws in history, his personal best of 73.38m putting him at third on the world all-time list. He has won medals at every global championships between 2005 and 2013, including gold medals at the 2008 Olympics and 2007 World Championships. He also owns the US all-comers’ record of 72.02m.

A former Pre Classic winner, Malachowski sits at fifth on the world all-time list with his Polish record of 71.84m. He has silver medals from the 2008 Olympics as well as the 2009 and 2013 World Championships.

Robert Urbanek took the bronze medal at the 2014 European Championships, finishing ahead of fellow Pole Malachowski. The 27-year-old’s PB is 66.93m.

Germany’s Martin Wierig just missed out on a medal at the 2013 World Championships by 17 centimetres, finishing fourth. The 2007 European under-23 champion has a personal best of 68.33m.

Cuba’s Jorge Fernandez has featured in the past three global championship finals. Last year at the IAAF Diamond League meeting in Lausanne, he extended his personal best to 66.50m.

Russia’s Viktor Butenko broke through in 2013 at the age of 20, taking the silver medal at the European Under-23 Championships, finishing eighth at the World Championships and setting a personal best of 65.97m.

Rounding out the field is Martin Kupper of Estonia. The 25-year-old owns the early 2015 world lead, having smashed his personal best with 66.67m to win the European Cup Winter Throwing last month.