Rudisha, the Olympic champion and world record-holder at 800m, will be looking for his fourth consecutive victory here, while Vlasic, winner of two world indoor and two world outdoor high jump titles, will seek to repeat her win here from 2013.

Wilson, the 2012 world junior champion, will be seeking her first New York win in front of a home crowd.

Now 26 years old, the Kenyan superstar stunned the Icahn Stadium crowd in 2012 by stopping the clock at a US all-comers’ record of 1:41.74.

Owning the second-highest jump in history, Vlasic is also the 2008 Olympic silver medallist and in 2010 went undefeated in Diamond League competition on the way to being named the IAAF female athlete of the year, alongside Rudisha.

After missing the entire 2012 season to injury, the 31-year-old Croatian began her comeback at the Adidas Grand Prix in 2013, tying the meeting record with her emotional victory.

The 20-year-old Wilson, winner of the 2011 world youth title, is one of the brightest young stars in the sport. Last year she won US titles at 800m both indoors and outdoors, helped her team set a US record in winning the 4x800m at the IAAF World Relays, and ran the fastest time in the world (1:57.67) at 800m for the year.

“I can’t wait to compete in one of the world’s great competitions right here in New York at Randall’s Island,” said Wilson, who hails from Neptune, about an hour south of Icahn Stadium. “I will be ready to race against the world’s best athletes, and a win would bode well for me in defending my US title later in June.”

The seventh stop on the IAAF Diamond League circuit, the Adidas Grand Prix has hosted two world records, 17 national records and more than a dozen US all-comers’ records in its first 10 years. 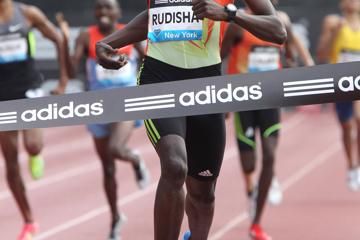 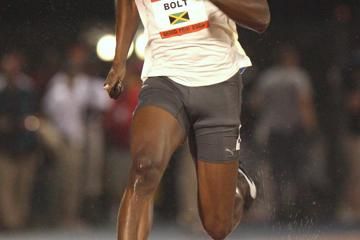