World indoor 400m champion Pavel Maslak sharpened up for his title defence in Portland next month with a 20.78 victory over 200m at the Czech Indoor Championships on Sunday (28).

Maslak hasn’t hit top gear yet but the 25-year-old, who is also a two-time European indoor champion at the distance, heads to the IAAF World Indoor Championships Portland 2016 unbeaten this winter and with a 46.02 season’s best to his name at his specialist event.

Two-time world 400m hurdles champion Zuzana Hejnova was another of the big names on show in Ostrava this afternoon.

Arguably the most impressive performance of the championship came courtesy of Tomas Stanek who won the shot put in a season’s best of 20.90m.

The jumps also produced some eye-catching results, namely Jan Kudlicka’s 5.77m clearance to win the pole vault, while 18-year-old Michaela Hruba won the high jump with 1.93m before three attempts at a world-leading height and world indoor U20 record of 1.98m.

There was the usual slew of fast sprint times at the SEC Conference Championships in Fayetteville on Saturday (27). The outstanding performance was Felicia Brown’s world-leading mark of 22.45 in the 200m ahead of Kyra Jefferson in 22.72.

Brown's mark is the fastest indoor 200m in the world for eight years and puts her at 11th on the world indoor all-time list. Among US sprinters, only Gwen Torrence and Bianca Knight have ever gone faster indoors.

Britain's 2013 European junior champion Nethaneel Mitchell-Blake won the men’s equivalent in 20.53 after clocking a PB of 20.51 in the heats.

Quanesha Burks won the long jump with 6.75m while US U20 record-holder Keturah Orji won the triple jump with 14.08m.

Crouser, 23, went out to a world-leading mark of 21.73m to equal the collegiate record which has stood to Ryan Whiting since 2008 and move to 16th on the world indoor all-time list.

Coming in more than a metre after everyone else had exited, Suhr cleared 4.65m and 4.75m on her first attempts. She needed two attempts at 4.85m before taking three attempts at 5.07m, which would have improved Yelena Isinbayeva’s seven-year-old world record by one centimetre.

Dawit Seyaum just missed the four-minute mark at the IAAF World Indoor Tour meeting in Boston a fortnight ago and the 19-year-old Ethiopian once again came agonisingly close.

Competing on a different track this time, Seyaum stopped the clock in a personal best of 4:00.28 to move to second on the world list and eighth on the world indoor all-time list.

Jamaica’s Asafa Powell also produced another fast time, stopping the clock at 6.54 in the 60m, while teammate Kerron Stewart won the women’s equivalent in 7.20.

In other women’s middle-distance races, Canada’s Sheila Reid posted a 4:27.57 clocking to win the mile while Lithuania’s US-based Natalija Piliusina won the 800m in a personal best of 2:02.96.

European 1500m champion Sifan Hassan stepped down from her specialist event to win the 800m in an indoor best of 2:02.62 at the Dutch Indoor Championships in Apeldoorn.

Hassan returned from a block of warm weather training to win the 1500m at the Glasgow Indoor Grand Prix last weekend in 4:01.40 and heads to Portland as one of the medal favourites at that distance.

Also in Apeldoorn, World Indoor Tour winner Lisanne de Witte won the 400m in 52.61 ahead of her younger sister Laura in 53.65 while heptathlete Nadine Visser took the 60m hurdles title in 8.18.

On the track, Mujinga Kambundji claimed the 60m title in a season’s best of 7.21 while Lea Sprunger – another stalwart of the Swiss sprint relay team – won the 200m in a lifetime best of 23.28. 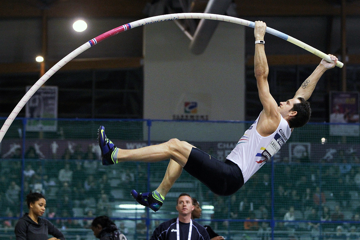 Lavillenie in the spotlight at French Indoor ... 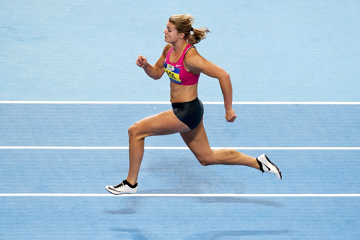 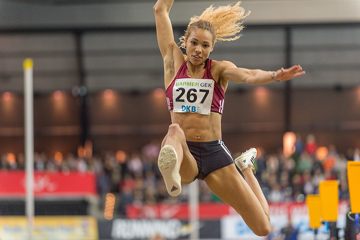 Reus, Haase and Wester impress on day two of ... 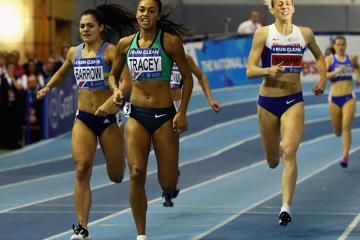