Often referred to as the ‘metric mile’, the 1500m is the marquee middle-distance event.

Athletes start in a bunched standing start and can break immediately for the inside. The race order is decided on time.

At major championships the 1500m schedule typically consists of a heat, semi-final and final. 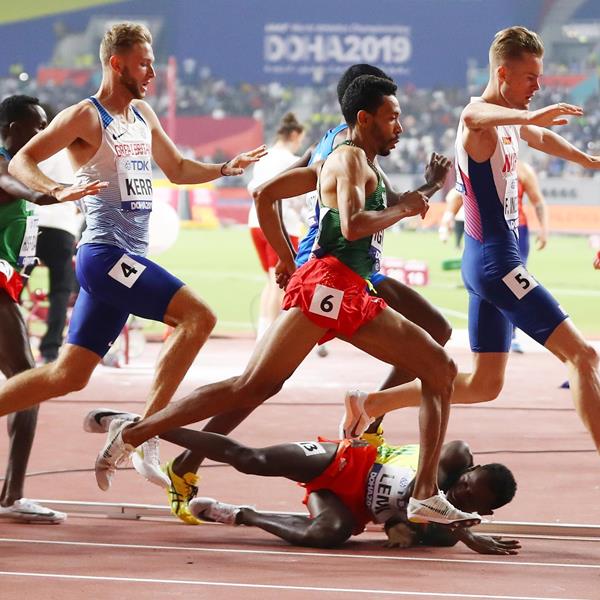 In the USA and Great Britain, the mile (1609m) was a common middle-distance race. But the metric 1500m has been contested by men at every Olympic Games since 1896. Women first raced over the distance at the Olympic Games in 1972.

The only man in history to claim back-to-back Olympic 1500m titles is Sebastian Coe, the current President of World Athletics.