Omar McLeod sped to a world-leading 13.04 in the 110m hurdles to highlight the 108th Drake Relays which concluded in Des Moines, Iowa, on Saturday (29).

It was an impressive performance by the Olympic champion, who fought through cold and rainy conditions en route to his fastest season's debut.

Andrew Pozzi of Great Britain, the European indoor 60m hurdles champion, was second in 13.24, the second-fastest performance of his career.

Harrison’s mark was also a world lead, as was Georganne Moline’s 54.66 victory in the 400m hurdles.

In Friday night's action, Olympic 1500m silver medallist Jenny Simpson, making in her 2017 debut appearance, won her specialty for the fifth straight year. Pulling away gradually from a tight pack over the final lap, the 2011 world champion sprinted to the win in 4:16.10, just ahead of Brenda Martinez and Kate Grace, who clocked 4:16.40 and 4:16.62 respectively.

In other 'Rio Rematch' events on the programme, five days after anchoring a USA quartet to victory at the IAAF/BTC World Relays Bahamas 2017, LaShawn Merritt cruised to a 45.41 win in the 400m, comfortably ahead of Vernon Norwood who clocked 45.68. Kirani James, the 2012 Olympic champion, was a distant sixth in 46.21.

The infield highlights came in the pole vault.

Sam Kendricks won the men’s event on Saturday topping 5.80m with his second attempt. Sandi Morris won the women’s event on Friday, producing a clean slate through 4.72m to equal her season's best before bowing out with three misses at a would-be world lead of 4.86m.

The pair also won the Capital Square Vault indoor event on Thursday, Morris at the same height and Kendricks at 5.70m. 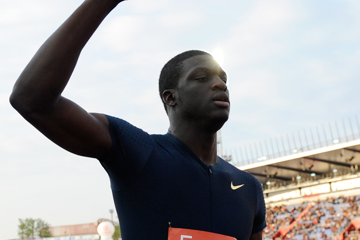 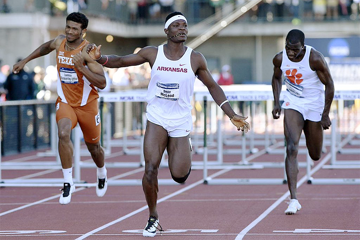 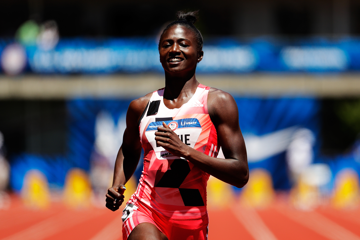