Double Olympic champion Elaine Thompson continued her winning streak at the second meeting of the 2017 IAAF Diamond League series on Saturday (13), as the Jamaican prevailed in the women’s 100m with a world lead of 10.78 in Shanghai.

The 24-year-old admitted one day before the race that she surprised herself with how fast she has run. And she could be well surprised again by her overwhelming victory at the Shanghai Stadium where she stormed to the fourth fastest performance of her career, just 0.08 shy of her personal best, in what was her first race in the Chinese port city.

Thompson shrugged off a reaction time of 0.171, the second slowest among all the nine sprinters, to draw level with USA's Tori Bowie at half way before opening up a winning margin in the final 40 metres.

“I was happy with my preparation and the way I executed the race today,” said Thompson, who outraced world 200m champion Dafne Schippers to win the 200m race in Doha last Friday. "I made a great start and I was able to bring it home. I am pleased with the time.

"My aim now is to go back home and compete in the Jamaica Invitational later this month. From there it is all about preparing for the rest of the season and the World Championships.

US teenager Noah Lyles clipped 0.19 off of his PB to comfortably win the men’s half-lap race with a 19.90 clocking, equalling the world-leading time set last month by South Africa’s Wayde van Niekerk.

“I'm certainly excited by my start to the season and I hope there is more to come,” said the 19-year-old who last year stormed to the world U20 100m title.

His vastly experienced compatriot LaShawn Merritt, a two-time world 400m champion who finished fourth over 200m at the Olympics in Rio, was forced into second place in 20.27, while Britain’s Olympic finalist Adam Gemili clocked 20.35 to finish third.

Olympic champion Shaunae Miller-Uibo of The Bahamas also clocked a world lead to notch her second successive Shanghai 400m victory in 49.77. Natasha Hastings of the US trailed almost one second behind to come home second in 50.74 while Ukraine’s Olga Zemlyak was third in 50.89.

Jamaica’s Olympic champion Omar Mcleod also scored a repeat victory in Shanghai in a breath-taking 110m hurdles showdown. The 23-year-old was almost neck-and-neck with Spain’s Orlando Ortega, the 2016 Diamond Trophy winner, at the final hurdle. But Ortega stumbled in front of the finish and had to concede with a 0.06 deficit in 13.15.

US veteran Bershawn Jackson bounced back from an unsuccessful 2016 season, clocking a winning time of 48.63 in the men’s 400m hurdles to beat the meeting record of 48.77 set by compatriot Michael Tinsley in 2014.

“You know I had a terrible season last year. I lost my father and my best friend,” said the 34-year-old. "This season I'm mentally back. I've had a long career and this will be my last year in the sport. I just want to go out with a bang."

South Africa’s LJ van Zyl finished second in 49.35 with Rasmus Magi of Estonia in third in 49.38.

In a dramatic 100m race which saw two false starts, Chinese record-holder Su Bingtian sprinted to a winning time of 10.09 to delight the local crowds.

World leads for Kipyegon and Obiri

Olympic champion Faith Kipyegon of Kenya, who set the meet record of 3:56:82 last year, retained her 1500m title in Shanghai. She held off a strong challenge from Dawit Seyaum of Ethiopia in the last 300 metres to win in 3:59.22, the first sub-four-minute time registered this season.

“I was hoping for 3:58 or faster, but I'm really happy to start my season with 3:59," said Kipyegon. "Running below four minutes is not easy."

In the women’s 5000m, Kenya’s Olympic silver medallist Hellen Obiri clocked a winning time of 14:22.47 which puts her on top of the world list.

Bahrain’s world record-holder Ruth Jebet beat her Kenyan arch-rival Hyvin Kiyeng in women’s 3000m steeplechase and improved Kiyeng’s meeting record to 9:04.78. It was a sweet revenge for Jebet, who was outraced by Kiyeng in the IAAF Diamond League opener in Doha last week.

“I am really happy to win today," said the Olympic champion. "I trained for the cross country in the winter and because of the different type of training I think I lost a little bit of edge for the track. Today I felt much better than in Doha. My aim now for the rest of the season is to retain that nice Diamond League trophy in my house."

Men’s 800m world record-holder David Rudisha didn't live up to live up to pre-meeting expectations as he failed to maintain his lead through the homestretch and only finished fourth with a lackluster 1:45.36. 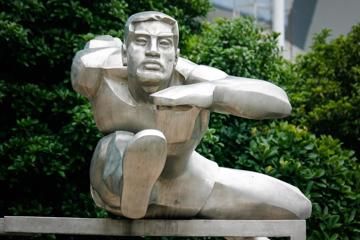 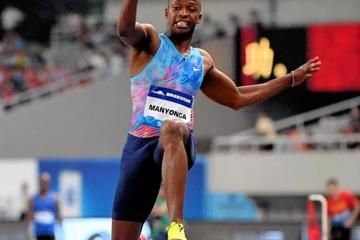