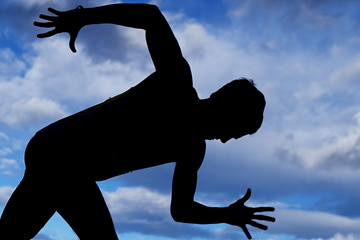 Wu Yuang, who just turned 17 last month, won the 400m to provide the most outstanding performance at the Chinese National Youth Championships which concluded in Chongqing on Thursday (9).

He clocked 49.22 to finish as the fastest in the preliminary round and then improved his personal best to 47.33 on Wednesday to win the final by a huge 1.53 margin.

At this early stage of the season, his winning time makes him the fourth-fastest youth in the world on the basis of non-altitude-assisted marks, the three youths in front of him all coming from Caribbean nations.

Although Wu will probably have to run faster than 47 seconds for a medal at the 2015 IAAF World Youth Championships in the Colombian city of Cali this summer, it gives China a legitimate medal contender in an event at which they have never won a medal on the world stage, either by a man or a woman.

“Before the race I just wanted to try my best and hopefully improve my PB to 47.60,” said Wu, who is a third-grade senior high student from China’s Jiangxi Province.

Starting in the sport in 2011, the promising sprinter won a 400m silver medal at China’s national student sports meet in 2014 and finished third as a 16-year-old at last year’s Chinese Youth Championships

He then impressed when he beat a number of senior opponents to finish third at the National Indoor Grand Prix meeting in Nanjing last month, setting an absolute best of 48.40.

“I was lucky that it was not raining in the final,” added Wu modestly.

The two-day competition, which served as the trials for the 2015 IAAF World Youth Championships, were bothered by off-and-on drizzle.

For good measure, Wu also took the 400m hurdles title in a personal best of 53.08 on Thursday.

Before competing in Cali this coming July, Wu will first represent his country and test his mettle against continental opposition at the inaugural Asian Youth Championships in Doha, Qatar next month, which will be the first time for him to travel abroad.

“I want to race to my best level in Doha," he said. "And as for the competition in Cali, I have not thought too much about it yet. I just want to train hard and compete in more races, trying to bring honour to my country."

China’s young throwers also did a great job in Chongqing.

Chen Jiajia was outstanding in the girls’ javelin with 54.43m, which puts her second on this year’s world youth lists.

Shot putter Chen Xiarong also went into second place on the 2015 world youth lists as she hurled her implement 17.27m in a deep competition which saw the top eight finishers all meet the entry standard for Cali.

A total of 19 throwers from all the eight events have now met the entry standards for the 2015 World Youth Championships.

The triple jump finals provided the best results. Zeng Rui leapt 12.93m to win the girls’ event and Du Wenze dominated the boys’ competition with 15.74m and both could be potential medal contenders in Cali.

Liu Zixuan won the girls’ high jump when she cleared 1.78m, while three pole vaulters finished at 3.80m in the girls’ event with Chen Qiaoling taking the gold on count-back.

China harvested two gold, six silver and three bronze medals to finish sixth on the medals table at the 2013 World Youth Championships in Donetsk, Ukraine. Eight of those medals came in the field events and China will be looking for a similar haul in Cali.