The IAAF Diamond League meeting in Doha on Friday (6), the opening meeting of the 2016 series, has once again assembled a plethora of the sport’s biggest names with Omar McLeod, Christian Taylor, Dafne Schippers and Almaz Ayana to mention just four.

There is huge interest in how the 22-year-old McLeod performs in the 110m hurdles, arguably not so much because of his recent world indoor title but his recent 9.99 100m which makes him the first athlete to go under 10 seconds for the 100m and 13 seconds for what is ostensibly their specialist event.

However, the loaded field includes Olympic champion and world record-holder Aries Merritt as well as 2013 world champion David Oliver. The US pair will want to make an early statement ahead of what could be a series of duels in one of the most engaging disciplines in the sport this summer.

Into the bargain, the field also includes the hugely talented Spaniard Orlando Ortega, who ran 12.94 last year and who will be having his first outing of 2016.

Taylor won the world triple jump title last summer when he bounded out to 18.21m and then took his fourth successive Diamond Race. But earlier in the season he was part of a fascinating duel with Pedro Pablo Pichardo in Doha, which saw the Cuban triumph with a meeting record of 18.06m and Taylor just two centimetres in arrears. It was the first time two men had gone beyond 18 metres in the same competition.

There is no Pichardo this year, but China’s world indoor champion Dong Bin could provide the main opposition to the US record-holder.

In addition, France’s Teddy Tamgho, another member of the elite club of 18-metre jumpers, will try to reassert his place among the world's best. The 2013 world champion finished third last year in Doha but then ended his season after further injury problems.

World 100m silver medallist Dafne Schippers has already sped to a world-leading time of 22.25 over 200m and drops down to the shorter sprint with the aim of making an equally emphatic impression on the 2016 100m list in her first visit to Doha.

Ayana runs over 3000m, the distance at which she clocked an Ethiopian outdoor record of 8:22.22 in Rabat last year.

The world 5000m champion will take on world 10,000m champion Vivian Cheruiyot, but as was seen when they met over the same distance at the 2015 IAAF Diamond League final in Zurich, Ayana may just be too quick over the shorter distance these days for her Kenyan rival.

Two years ago, Doha witnessed one of the finest women's 3000m contests ever, with Kenya’s Hellen Obiri winning in an African outdoor record of 8:20.68, and this may be the mark that Ayana has in her sights.

Finishing second in that race was another Kenyan, Mercy Cherono, who returns to Doha as the fastest woman in the field, courtesy of her 8:21.14 run behind Obiri in the thrilling 2014 contest.

In the men’s 1500m, it’s difficult to suggest there will be a winner outside of the stellar Kenyan trio of 2008 Olympic and three-time world champion Asbel Kiprop, world silver medallist Elijah Manangoi and the ever-competitive Silas Kiplagat.

Kiprop is the fastest of the trio courtesy of his 3:26.69 run in Monaco last year, the third-fastest performance ever. A two-time winner in Doha, Kiprop is also the meeting record-holder at 3:29.18, and has shown that he is already race sharp with a 1:44.6 800m outing in Kenya, and so has to be the favourite.

Barshim out to entertain home fans

In the 400m hurdles, Czech Republic’s two-time world champion Zuzana Hejnova will face Bahrain’s Kemi Adekoya, this year’s surprise world indoor 400m champion, who made her big breakthrough over the barriers when she won in Doha two years ago.

An even more recent rise to take the spotlight has come from Venezuelan triple jumper Yulimar Rojas, who was unbeaten during the indoor season including at the World Indoor Championships in Portland.

The big question is can she beat Colombia’s two-time world champion Caterine Ibarguen, who has a 31-competition winning streak coming into Doha, having last lost at the 2012 Olympic Games when she was beaten by Kazakhstan’s Olga Rypakova, who is also in the field.

In the women’s shot put, there is another world indoor champion hoping to make an early impression outdoors.

USA’s Michelle Carter took the honours in Portland but could be challenged by Hungary's Anita Marton, who took silver behind Carter in what was an exciting competition only decided in the last round.

USA's Sandi Morris rose up the ranks during the indoor season when she improved to 4.95m and took the silver medal in Portland. She has rattled off four straight wins outdoors and has already cleared 4.81m.

However, with Greece’s world bronze medallist and 2015 Diamond Race winner Nikoleta Kyriakopoulou and her compatriot Ekaterina Stefanidi also competing, the meeting record of 4.70m looks likely to be improved upon.

It’s impossible to adequately cover in a short preview every event on the Doha programme, not to mention examine the depth of the talent across the 16 Diamond Race events. But as the IAAF Diamond League enters its seventh season, it almost goes without saying that the first of two Asian stops will provide a tremendous curtain-raiser to the rest of the series. 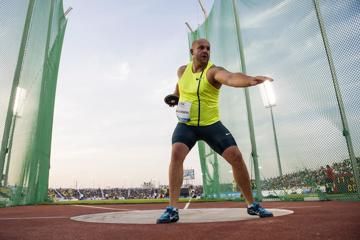 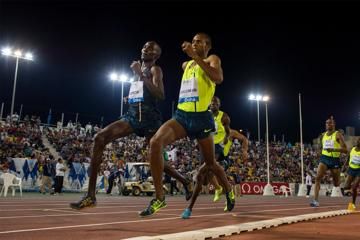 Champions galore on their way to Doha – IAAF ... 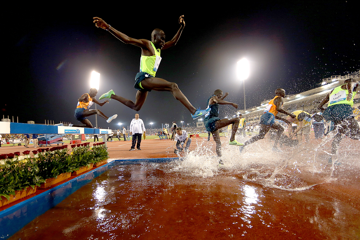