The young Cuban, who set the event alight last year, seemed stuck in the 8.30m range this season, until landing his winning leap in the opening round. It was Echevarria’s only measured leap of the evening, but still 45 centimetres better than South African Ruswahl Samaai and Tajay Gayle of Jamaica, who both reached 8.20m. The former took second on countback with an 8.17m second-best leap.

“It was a great performance, it showed great strength,” said Echevarria, who arrived with an 8.34m season’s best.

Shanieka Ricketts mined the first diamond of the night, notching a thrilling upset win over world champion Yulimar Rojas in the triple jump’s final round.

Opening with a 14.58m effort, the Jamaican champion took command of the competition with a 14.72m leap in round three, just five centimetres shy of her career best. Rojas, who opened with a 14.60m leap in round one, then played catch up, producing an inconsistent series that played well into Ricketts’ hands.

Rojas came through, however, in the sixth round, reaching 14.74m, to wrestle back a narrow lead. But Ricketts was undaunted. Digging deep, she exploded off the board and leaped out to 14.93m, smashing her career best and moving up to No.2 on the 2019 world list.

“Before the last jump I knew that I had a chance and needed to take that chance,” said Ricketts, a finalist at the past two World Championships. For Doha, she said, her goal is a medal. “I do not care about the colour, I just need a medal.”

Liadagmis Povea of Cuba was a distant third with 14.49m.

Magnus Kirt, winner of the javelin at the IAAF Diamond League final in Zurich

Gong Lijiao, winner of the shot put at the IAAF Diamond League final in Zurich

Chase Ealey of the US took the early lead, reaching a 19.68m career best in the third round but Gong finally responded in the fourth, reaching 19.90m, a world lead, before extending it to 20.31m in the sixth. Her final round heave added eight centimetres to the meet record held by Natalia Lisovskaya since 1985, although it trails the 20.98m indoor mark set by Valerie Adams at Zurich Train Station in 2013.

Likewise, Gong's compatriot Lyu Huihui lived up to her favourite's role in the javelin, leading from her opening 65.52m effort. The world leader improved to 66.88m in the third round to secure her first Diamond League title.

Lyu Huihui, winner of the javelin at the IAAF Diamond League final in Zurich

Sam Kendricks is the reigning world champion and competed like one time tonight, producing a clutch third attempt clearance at 5.93m to secure his second Diamond Trophy in the pole vault.

Armand Duplantis had the upper hand until the decisive height, topping 5.58m, 5.73m and 5.83 at the first time of asking. Kendricks needed a second try at 5.73m before sailing clear, setting up the must-clear scenario going into his final jump. He cleared, the capacity crowd exploded, and the North American record-holder took off on a victory lap down the back turn that would do most 200m runners proud.

“Nothing was decided until the last moment,” said Kendricks, who improved to 6.06m at the US Championships last month. “Right now, before the World Championships, every man is at his strongest, so no prediction for Doha. It will be decided at the last moment.”

Piotr Lisek, who became a father for the first time on Tuesday, suffered through a series of sleepless nights to finish third, also at 5.83m.

Andriy Protsenko put together a solid scorecard to take the high jump with first attempt success at 2.32m, a season's best, before bowing out with three tries at 2.34m.

Defending Diamond League champion Brandon Starc of Australia produced the finest competition of his season, with a perfect scorecard through 2.30m to finish second on countback over Bulgaria's Tihomir Ivanov. Both equalled their season's bests.

BACK
Pages related to this articleAthletes
Magnus KIRT 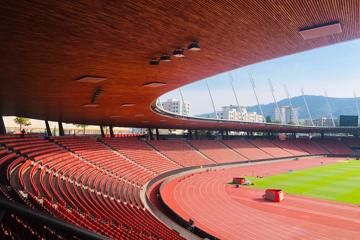 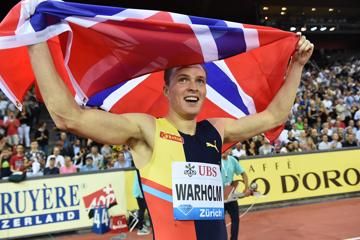