Strong winds and heavy rain descended on Gwangju for the final day of athletics at the World University Games on Sunday (12), but Russia still managed to add one more gold medal to their collection to easily top the athletics medals table.

Former triple jump specialist Pavel Shalin opened his long jump account with 7.75m to take an early lead but Japan’s Yasuhiro bettered it by two centimetres with the next jump of the competition.

Aided by a 4.0m/s following wind, South Africa’s Rudolph Pienaar then sailed out to 7.98m in the second round to move into the lead. Shalin responded with 7.95m but ended the round in second place.

The wind then went in favour of Shalin. Hitting the board perfectly and helped by a 6.5m/s tailwind, the 28-year-old flew out to 8.29m to take a clear lead. He was unable to jump beyond 7.80m with his remaining attempts, but his lead was safe.

Russian team-mate Vasiliy Kopeykin moved up from sixth to second in the fourth round with a wind-assisted 8.13m, but Pienaar managed to hold on to a medal position and eventually finished third.

In the women’s javelin, Belarusian record-holder Tatsiana Khaladovich led after two rounds with her opening throw of 59.97m. Latvia’s 2013 European under-23 champion Lina Muze then moved into pole position with 60.26m in round three. Khaladovich responded with 60.45m in round five, which remained the best throw of the competition.

Japan featured heavily in both half-marathon races on Sunday morning. Sakie Arai led a large group through 5km in 18:20 but later dropped out. Team-mates Nanko Kanno, Ayumi Uehara, Maki Izumida and Sakurako Fukuuchi then took up the running and passed 10km in 36:24 with China’s Zhang Yingying tucked in close behind.

By 20km, Zhang had a 20-second lead over Kanno. That margin was reduced to 18 seconds by the finish line, but Zhang still won comfortably in 1:15:06, having taken bronze in the 10,000m earlier in the week. Kanno took silver with Uehara and Izumida following her over the finish line.

Led by Yusuke Ogura, Japanese men filled the top three spots in the men’s race. Much like in the women’s event, the Japanese runners were to the fore in the early stages as Ogura, Tadashi Isshiki and Yuta Takahashi led a group of 12 runners through 10km in 31:13.

Five kilometres later, just Isshiki, Ogura and Takahashi remained in front as they passed 15km in 46:19. With a few kilometres left, Ogura began to make his move and he crossed the finish line in 1:04:41, nine seconds in front of Isshiki with Takahashi more than half a minute in arrears.

Shaquille Walker produced a surprise victory in the 800m, becoming the first US man to win the two-lap title at the World University Games since Evans White in 1979.

Walker was just fourth at half way, reached in an easy 54.44, and worked his way up to medal contention with half a lap remaining. In the final 30 metres, Walker finally passed long-time leader Rynardt van Rensburg and Morocco’s Abdelati el Guesse to cross the line in 1:49.05.

Having won the 100m and 200m, Viktoriya Zyabkina anchored Kazakhstan to gold in the women’s 4x100m in 44.28. Zyabkina thus became just the second woman in World University Games history to win golds in the 100m, 200m and 4x100m, following Gwen Torrence in 1987.

A well-drilled Japanese team was the class of the field in the men’s 4x100m, winning in 39.08 with Poland taking silver.

Individual 400m winner Luguelin Santos anchored the Dominican Republic to gold in the men’s 4x400m. Younger brother Juander Santos ran the first leg before Rosario Cuesta gave them the lead on second leg, a position they maintained to the finish, eventually winning in 3:05.05.

In an exciting women’s 4x400m final, USA went into an early lead and led at half way. Poland then took up the running, but Russian anchor Elena Zuykevich shot into the lead on her leg. Poland’s Justyna Swiety kept calm and waited until the final straight to respond, kicking on to win in 3:31.98.

Russia took silver, their 29th and final athletics medal of the championships to lead the medals table with 12 gold, eight silver and nine bronze. 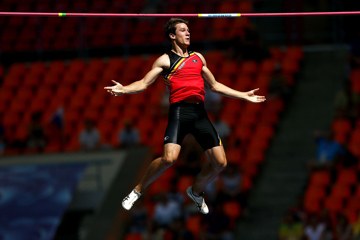 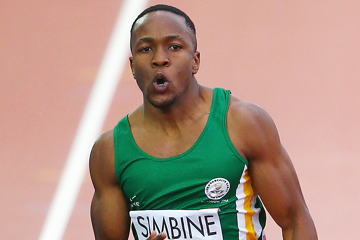 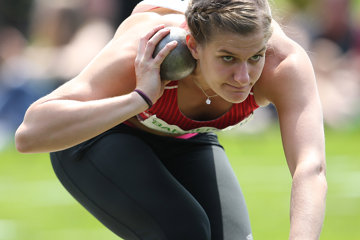 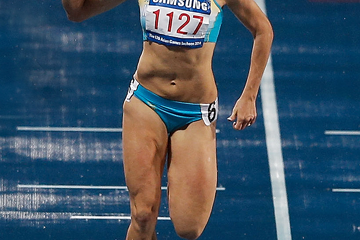