“See you in Birmingham” was a common phrase overheard at the closing dinner of the IAAF Diamond League meeting in Rome on Thursday night, and several disciplines being contested at both events, most flights from Rome to England on Friday and Saturday carried world-class athletes ready to contest in their second Diamond League in three days.

No less than 61 current global medallists are set to compete on Sunday (5) but, undoubtedly, one of the most anticipated events will be the women’s 100m hurdles.

Only last Saturday Kendra Harrison ran 12.24, the second fastest time in history, in Eugene. She’ll be joined in Birmingham by 2013 world champion Brianna Rollins, who Harrison succeeded as US record holder, and who has already a clocked a 12.53 this season as well as 2015 Diamond Race winner Dawn Harper Nelson.

Lining up against the American contingent will be London 2012 Olympic Games champion Sally Pearson while Great Britain’s reigning European champion Tiffany Porter will be keen to prove a point in front of her home crowd.

A whole bunch of notable talent in the women’s 800m made their way over from Rome.

Lynsey Sharp, who finished third in a SB 1:59.03, is looking to benefit from the home support, but the likes of Burundi’s Francine Niyonsaba and USA’s Ajee Wilson, the 2016 world indoor gold and silver medallists respectively, will certainly have a say in the distribution of Diamond Race points.

In the women’s 100m, English Gardner wants to bounce back from her narrow defeat to Elaine Thompson on Thursday, having clocked an impressive 10.81 in Eugene.

Gardner’s main challenger in Birmingham will be reigning 200m world champion Dafne Schippers, who has a season’s best of 10.83 from the opening iAAF Diamond League meeting Doha a month ago, but 2015 world long jump champion Tianna Bartoletta and British record holder Dina Asher-Smith are not to be discounted.

The men’s 200m begs the question whether Ameer Webb can continue his dominant form on the Diamond League circuit.

Asbel Kiprop will be the man to beat in the 1500m, but Morocco’s Abdelaati Iguider, who gave Kiprop a slight scare in last weekend’s Bowerman Mile in Eugene, could be a threat to the Kenyan.

Meanwhile, Jairus Birech will be looking for a little bit of redemption in the men’s 3000m steeplechase.

The Kenyan, who won the 2015 Diamond Race fell at a barrier during the final lap in Rome and made the victory an easy one for compatriot Conseslus Kipruto, although the latter is unbeaten this year in three outings over the barriers and has run three successive world-leading times.

The men’s 400m might turn into a battle between Grenada and Botswana with world leader Kirani James and Rome runner-up Bralon Taplin representing the Caribbean nation while Isaac Makwala and 19-year-old Thebe Babloki will lead the African challenge.

Lst year’s 10,000m world champion Vivian Cheruiyot could have the edge in the women’s 5000m, with both Mercy Cherono and Janet Kisa having Thursday’s race in Rome still in their legs.

Cherono, however, clocked a personal best of 14:33.95 in the Italian capital and could have Almaz Ayana’s almost world record-breaking performance from there as a motivating force.

Eilidh Doyle opened her season with a world-leading 400m hurdles win 54.53 in Doha, but was disappointed with her third place in Rome so the Briton, who finished fourth in Birmingham last year, but will most certainly be aiming for a win this year.

The last time anyone beat Caterine Ibarguen in a triple jump competition was in the 2012 Olympic final and the two-time world champion will be looking to extend her undefeated run to 35 competitions on Sunday.

The Colombian set a world-leading mark of 15.04m in Doha and has since added victories in both the Rabat and Rome to her win, and Diamond Race points, tallies.

Rutherford back on home soil

Reigning world and Olympic champion Greg Rutherford, fresh from his 8.31m victory in Rome, will be looking to continue his winning streak on home soil.

One of the main contenders to spoil the party could be Marquise Goodwin. The American currently holds the world lead with 8.45m, but finished second behind Rutherford in Rome with 8.19m.

In the men’s discus we can expect Poles Piotr Malachowski and Robert Urbanek to continue their battle for the Diamond Race lead. Urbanek got the better of Malachowski in Rome, with the latter, the 2015 world champion, finishing down in sixth, his lowest place in a competition for almost three years.

If there is one thing the men’s high jump in Rome has taught us that it is turning into one of the most unpredictable events of the season.

World indoor champion Gianmarco Tamberi and bronze medallist Robbie Grabarz finished third and second respectively in Rome, with Grabarz getting the edge over Tamberi despite roaring home support. Both are set to renew their friendly rivalry on Sunday.

Two non-Diamond Race disciplines with huge interest will be the men’s 3000m where Mo Farah is looking to continue where he left off after running a world-leading time in the 10,000m in Eugene, while Kenya’s world and Olympic 800m champion David Rudisha is moving down in distance to contest the 600m. 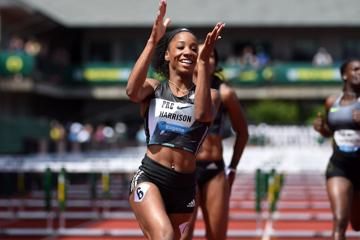 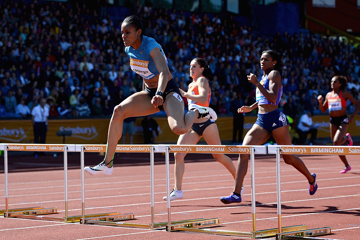 Birmingham provisional entry lists, as at 31 ... 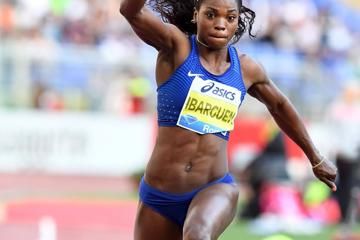 Ibarguen extends her winning streak to 34 in ...